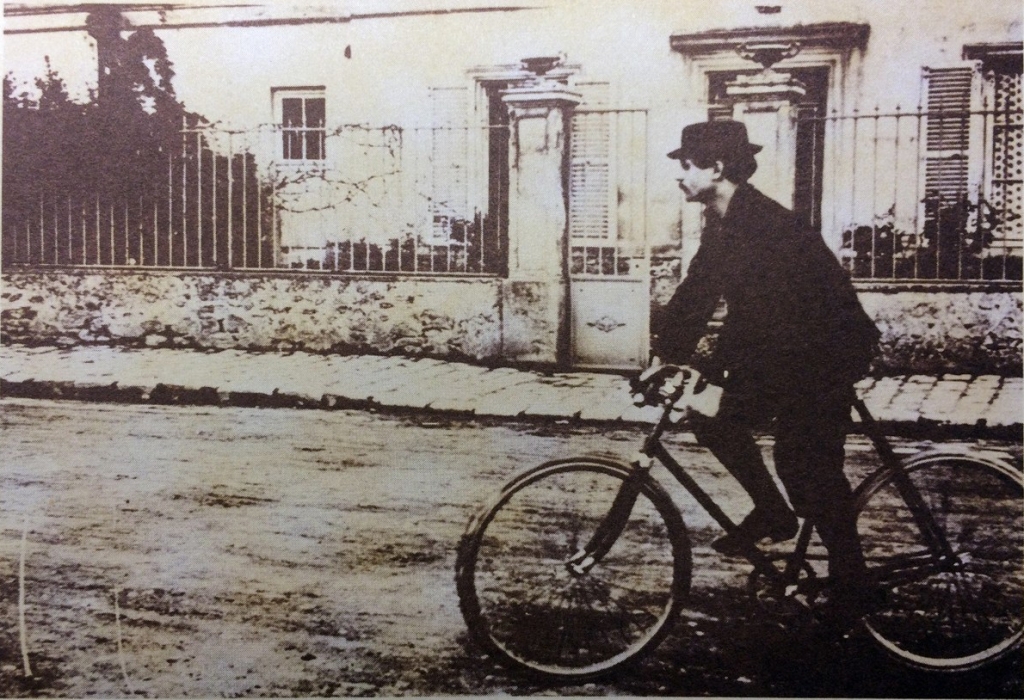 Alfred Jarry riding his Clement Luxe outside Le Phalanstère in 1898

For the last 12 months I have been getting stressed. About a house. Not my house you understand, which by and large stands of its own free will, but a dilapidated building nearby which overlooks the river Seine in the heart of Corbeil-Essonnes.

Until last week, this stress related to the disintegration of this square-chested house with its crumbling walls and shattered shutters. This is a fate that hits many unloved structures, their owners deliberately leaving them open to the elements to hurry the rot and collapse of the building and thus speed the emergence in its place of a faceless peachy apartment block.

What made it worse with this house on Quai l’Apport was its special significance. Its postal address is just a number – it has juggled between 19 and 21 over the last 120 years – but for around eight months in the spring, summer and autumn of 1898, it was known by a name: Le Phalanstère.

Its occupants at that time were a group of writers, most of them forgotten now, who lazed away the summer under the pretence of seeking inspiration and exploring new ideas. 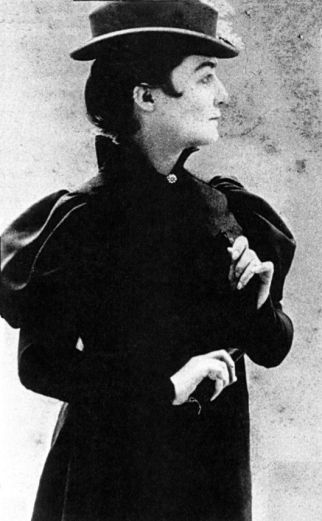 André-Ferdinand Hérold had the best beard in the house, very possibly in France

Gold stars to anyone who remembers the names of Marguerite Eymery, known better under her pseudonym Rachilde, her husband Alfred Vallette who founded the literary review Mercure de France, the opulently bearded André-Ferdinand Hérold, and Marcel Collière and Pierre Quillard who had collaborated a decade earlier on a translation and phonetic study of the ancient Greek poet Theocritus.

Hardly household names, unlike the sixth who was the latest hotshot of the Paris theatre. Alfred Jarry.

And yet when I first parked the car to take a closer look between the bushes, there was no recognition of Jarry’s occupation of Le Phalanstère, no plaque to mark the fact that one of the great innovators of 19th century theatre, creator of the immortal Pere Ubu and father, uncle, grandpa, dog – depending on where you stand in the literary argument – of absurdism, surrealism, dadaism and ismism had slept in his little room on the top floor, drunk here prodigiously (two bottles of wine before breakfast), hung out in the garden painting and shooting at the birds in the trees (sometimes at the same time). 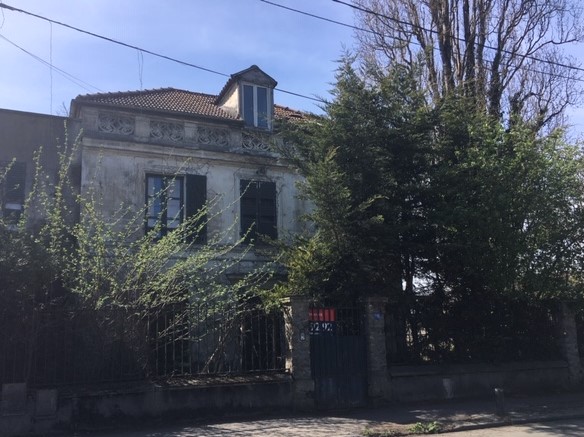 Apparently the landlady objected to Jarry firing off his gun at every opportunity, on one occasion telling him that he was endangering her children.

“Madame,” he leered. “We can always make more children.”

Jarry is unlikely to have too many admirers in the #metoo movement. He was, it seems, a misogynist with little or no respect for women authors apart, it seems, from Rachilde who became something of a mother figure for him.

The most famous photograph of Jarry, perched on his bike, suited up as if for Sunday Mass, was taken in front of Le Phlanstère (see top of the article). Dodge the cars and you could get the same photo today.

Jarry never paid for his bike but he travelled miles on it, pre and post-inebriation. He also kept a boat on the river, for gliding and fishing and reflecting, and regularly he would travel the 400 metres or so across the square in front of the Mairie of Corbeil to a hotel run by another gentleman called Jarry where he would drink absinthe and, ever so slowly, continue the process of killing himself. You can still see the faded name of Jarry stencilled across his namesake’s old hotel.

And during that summer, Jarry also wrote. Not Ubu but Docteur Faustroll whose contribution to Jarry’s notion of Pataphysics is immense. Sadly, the book was only published in 1911, four years after Jarry’s death at the age of 34.

Jarry’s association with Corbeil lasted longer than a single summer. The following year, with the Phalanstère no longer available for lease (the landlady valued her children more than the potential rent), Jarry shuffled a little further down the Seine, finding a small hut called Le Tripode, close to the barrier in the neighbouring town of Coudray. Rachilde and Vallette lived in a bigger house next door. He bought a plot and had plans to build a house when the drinking finally killed him on November 1, 1907.

But his house at Quai de l’Apport was a concern. At first sight it was unloved and tumbling, on the verge of disappearing from sight and memory. Initial inquires found that it had been the property of the mill next door since 1917, now a part of Groupe Soufflet. They didn’t answer my email.

My thought was that it would make a fantastic writer’s retreat or even a small Jarry Museum. Why shouldn’t Corbeil capitalise on his name to create some cultural tourism? Heaven knows we need it. The main stage in the local theatre is named after Jarry but in the street there is little to remind the local or the visitor that the town once played home to such an eminent playwright.

I spoke to the Mayor of Corbeil whose response was: “Who is going to pay for it?”

I contacted the theatre director Declan Donnellan whose recent Cheek by Jowl production of Pere Ubu had been quite a success. He sympathised with the plight of the house but said, quite reasonably, he was too busy to get involved in any kind of preservation campaign.

“I remember going crazy when they built flats on the site where Hamlet was performed,” he wrote. “I got a brick from the site. I have been there and failed.”

And I got in touch with David Thomas, the force behind the band Pere Ubu. We chatted briefly after a gig at the Borderline in London in May 2018 but his mind was elsewhere and I did not push it. He is not the kind of man to push, I suspect, if you want things to turn out well.

And then I got busy on other matters and Le Phalanstère drifted from my thoughts. Until last week when I drove past again and noticed the bushes had been cut back, supports had been placed in the window frames and the wall at the back of the building had been knocked down.

It didn’t look like demolition time. I parked up and went closer, walked around the back to stand in the truncated garden where 110 years earlier Jarry and Vallette had been photographed at the easel. 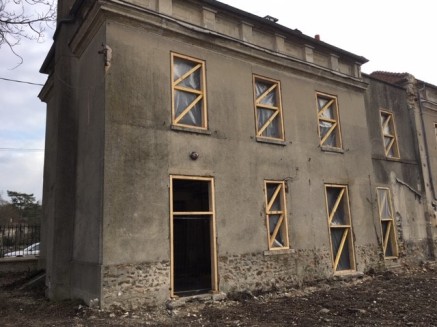 Looking up to Jarry’s bedroom

I found a site worker who explained that the mill was undergoing some work.

“They are being preserved,” he said. “They are to be the new offices for the mill.”

I have been put in touch with the gentleman responsible for the restoration of the site. Fingers crossed I will be able to bring more news soon.

I am sorry that the house will not be a writer’s retreat. Nor even a museum. But Le Phalanstère is rising again. That is the good news as it keeps the town in touch with a small shard of its history. No more stress. The spirit of Ubu lives on in Corbeil.